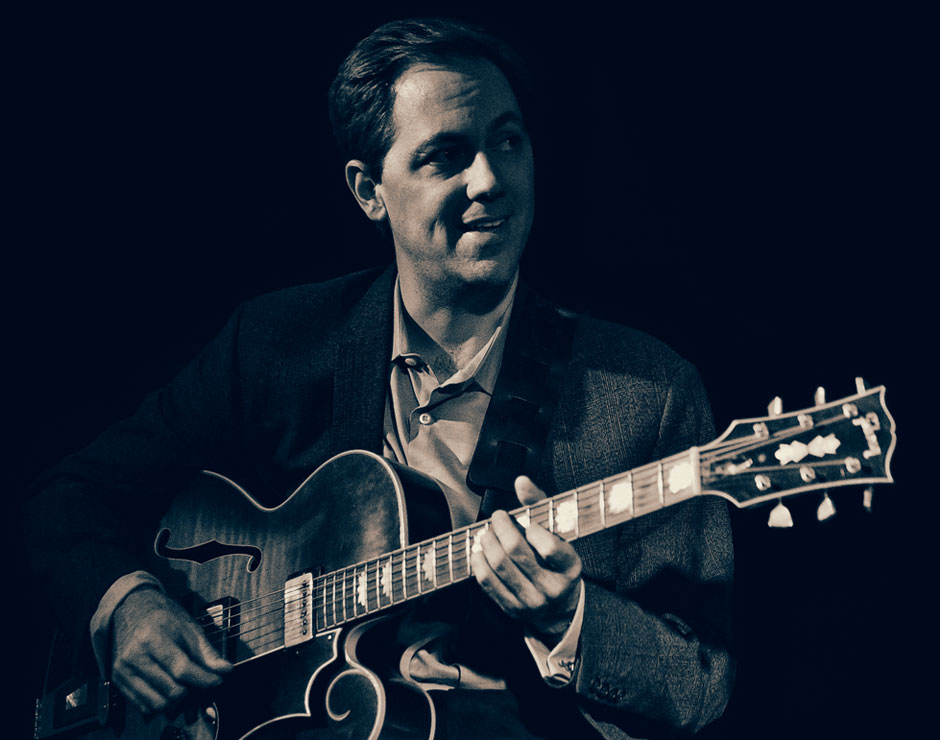 Andy Brown is a guitarist based in Chicago. Born in New York City in 1975, he has played professionally for over twenty years. He has had a varied performing career that has included stints in Cincinnati and New York.

Since coming to Chicago in 2003, Andy has been fortunate to work at many of the area's finest jazz venues with his own bands, as well as playing his unique brand of solo jazz guitar. He has... read more →

Sundays - Andy Brown Quartet at Andy's Jazz Club. Sets at 6PM and 8:15PM. This month features the return of legendary Chicago drummer Phill Gratteau after a lengthy absence as well as bassist Joe Policastro and pianist Jeremy Kahn (I'll be out of town on 12/26 and trombonist Russ Phillips will lead the quartet)

Mondays - Joel Paterson and Friends at the Green Mill from 8PM - 12AM. Joel is a mind-blowing fellow guitarist and we explore a variety of genres from jazz/western swing/blues/country. With Beau Sample on bass and Alex Hall on drums. (I'll be absent on 12/27) Here's a fantastic new video of the quartet filmed at the Chicago Music Exchange to give you some flavor of what we've got cooking!

Wednesday 12/29 I'll be at Winter's Jazz Club with a fantastic quartet featuring Jeremy Kahn on piano, Dennis Carroll on bass and George Fludas on drums. We'll be doing a whole evening of music associated with the amazing guitarist Wes Montgomery. Sets at 7:30 and 9:30 and Winter's is vax-only so come on out!

Monday 12/13 The Recession Seven will be subbing for Joel Paterson at the Green Mill. This swinging band will feature myself on guitar with Petra van Nuis on vocals, Art Davis on trumpet, Eric Schneider on reeds, Jeremy Kahn on piano, Dan DeLorenzo on bass and Phil Gratteau on drums. We play 8pm-12am.

Friday and Saturday 12/17 and 12/18 I'll be at Winter's Jazz Club with organist Ben Paterson's trio featuring myself on guitar and George Fludas on drums. We'll be featuring tunes from Ben's brand new holiday CD. Sets at 7:30 and 9:30.

Hope to see you and have a great holiday!